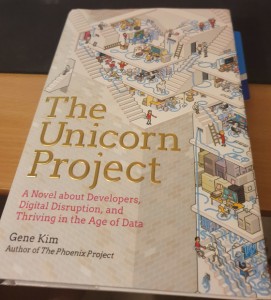 Overall 5/10 – Having read and loved the phoenix project, I had high expectations for this book, perhaps too high. It felt like the same message and story regurgitated to sell another book. Perhaps if I hadn’t seen most the ideas before elsewhere it would have felt newer and more impactful.

These are the ideals presented at the back of the book. I can certainly agree on their importance:

View all posts by ryanh878

One thought on “The Unicorn Project – Gene Kim – Book”